THE SEVEN SAGES OF ANCIENT GREECE 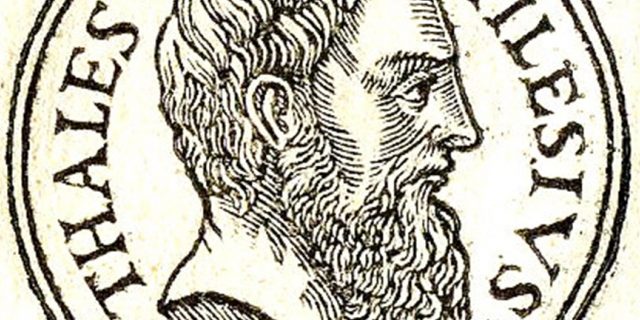 The curiosity to know the truth about the world and the existence itself led people to create several theories about almost everything around life. Philosophers, doctors, politicians, scientists, all of them wise men, but there were only seven who distinguished.

Solon of Athens: Solon son of Execestides was one of the seven sages of ancient Greece. He was a poet, a philosopher and a lawmaker. When he lost his fortune he turned to trade. During his travels Solon studied foreign civilizations and laws which helped him change the social and economical situation of his country. One of his quotes was: “I grow old learning something new everyday”.

Periander of Corinth: Periander son of Cypselus, who was the first tyrant of Corinth, was characterized as a wise tyrant. As a tyrant his cruelty had no limits but during his reign arts and literature developed. One of his quotes was: “Success brings many to ruin”.

Bias of Priene: Known for his justice and rhetorical skills, Bias was said to defend people in courts free of charge and that once he had set free some female slaves, taught them how to write and read, gave them a part of his fortune and sent them home to their families. One of his quotes was: “Make wisdom your provision for the journey from youth to old age, for it is a more certain support than all other possessions”.

Thales of Miletus: According to Aristotle, Thales was the first philosopher. He was a mathematician, astronomer, physicist and philosopher. It is said that he was the mathematician who introduced geometry into Greece. One of his quotes was: “Know thyself”.

Chilon of Sparta: Chilon son of Damagetus was a politician, a poet and a lawmaker. He was born in Sparta and was known for his Laconism which means the brief or terse speech. One of his quotes was: “Do not laugh at a person in misfortune”.

Pittacus of Mytilene: Pittacus son of Hyrradius was a politician and a military general of Mytilene. When the Athenians were about to attack his city, he challenged the general of his enemies Phrynon into a single combat to avoid more bloodshed. Pittacus had a hidden net beneath his shield which used to capture and kill Phrynon. One of his quotes was: “You should know which opportunities to choose”.

Cleobulus of Lindos: Cleobulus son of Evagoras was known for his strength and beauty. He had studied the Egyptian philosophy and he used to compose enigmas in hexameter verse. One of his quotes was: “Avoid injustice”.