KALYMNOS AND ITS FEARLESS SPONGE DIVERS 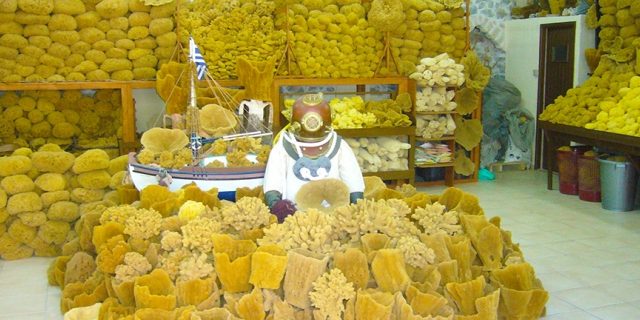 Kalymnos is known for its sponge diving since antiquity. The divers would use a heavy flat stone named “Skandalopetra” which helped them reach the seabed faster. They had no equipment which would help them breathe underwater so the time they spent to dive and the time they spent to surface were of extreme importance. Their moves had to be quick as they sometimes had to descend 30 meters below the sea to find and cut as many sponges as possible but they could only hold their breathe for a limited time from 3 to 5 minutes maximum. The need of the fearless sponge divers to make a living caused damage to their health. They were unaware that when ascending too fast from underwater would cause the decompression sickness which is a disorder in which nitrogen bubbles form in the blood, joints or other tissues and may cause from less severe problems like muscle or joint pain, to more severe problems like partial numbness, paralysis and even death. Their sacrifice didn’t go to waste as they managed to bring great wealth to their island and made it famous for its sponges and its divers throughout the entire world. Kalymnians perform a traditional dance which is called “Mihanikos” named after the mechanics who were people who used the diving suit “Skafandro” which brought new possibilities and helped them reach new depths. The diving suit Skafandro consisted of a wide waterproof, airtight suit covering the whole body of the diver, a heavy metallic helmet and heavy metallic shoes. Mihanikos dance is only performed by men who mimic the moves of all those fearless men who had the bad luck to suffer from paralysis due to decompression. Mihanikos is a very impressive, emotional and the most famous dance of the island Kalymnos.