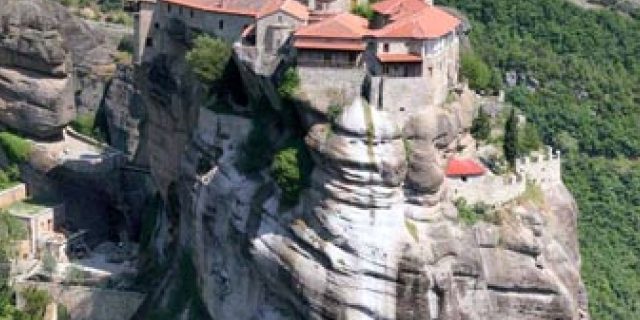 Easter is the most holy festival for Christians all over the world. The Holy Week before Easter refers to Sufferings of Jesus Christ that led to his Crucifixion and the Resurrection.

Those days’ traditional and unusual events take place in many parts of Greece. It’s well known that Jesus had a friend, Lazarus who lived in a village outside Jerusalem. When he got sick, his sisters had informed Jesus but when he arrived, he was already dead. Jesus asked them to take him to his tomb and then he ordered them to remove the stone. Lazarus appeared in front of everybody after Jesus commanded him to come out. In order to honor his soul, the first Saturday before the Holy Week the housewives bake small herb bread, called “lazarakia”. In some other areas, girls hold small baskets with flowers and sing carols.

In Holy Thursday, the Easter’s preparations get started with the red eggs. As a remembrance of Jesus’s blood the eggs are painted red. When the egg cracks and the inside is revealed that is a symbolism for His Resurrection.

John the Baptist is referring to Jesus as the Lamp of God because He crucified for all our sins. As a result of the above in Greece the Easter Sunday, they cook, bake or serve lamp.

In the biggest religious holiday the most famous destinations are:

Inside the most impressive landscape there are six monasteries that operate. Believers and monks participate in mystical experiences exalting faith with humility and simplicity.

This cosmopolitan island has a different custom for Good Friday. Epitaph ends at the sea. Believers with attention and reverence keeping it put it into the sea to anoint the waters.

In the western part of Arcadia is located the small seaside village, Leonidio. During Good Friday, its inhabitants fill the place with lanterns which are made from Seville oranges. The night of the Resurrection the spectacle of lighted balloons flying in the sky is magnificent.

Easter in Kalamata means saitopolemos and horse racing. This custom takes place in the evening of the Resurrection Sunday. The morning of Easter Monday the visitors can watch in Platy horse racing in honor of St. George.

The Easter in this city is an institution. Crowd gathered in the main square to watch the arrival of the Epitaph of parishes. The next day in one of the largest squares in the country food offered to residents and travellers.

The religious devoutness and the orthodox rite exist in any part of Greece you choose to travel!