WHY DO WE CELEBRATE MAY DAY? 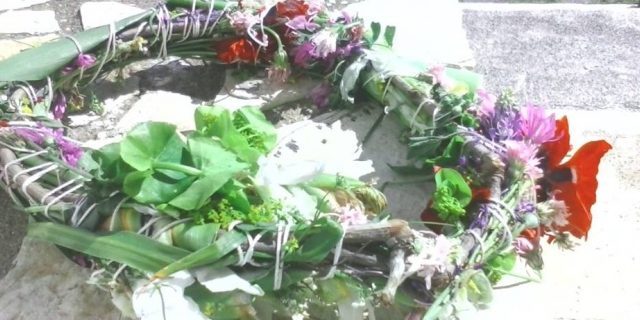 The first day of May is a public holiday known as May Day or International Worker’s Day. Two events led to the establishment of this holiday: the rebellion of the workers and the celebration of the flowers. Nowadays, the world celebrates it with peaceful demonstrations and marches that promoting the achievements of working class over time.

1 May 1886: In the 18th century, industry development is taking place. The trade unions in Chicago decided to rise by claiming better working conditions. The decision was made following the successful claims of Canadians workers in 1872. Their central slogan was “8 hours labour, 8 hours recreation and 8 hours rest”. The demonstrations lasted for days.

4 May 1886: In the strikes, that happened all over the country, participated approximately 400.000 people. On May 4th, in Haymarket square, Chicago during the march, someone threw dynamite and as a result seven policeman and four protesters lost their lives.

Next year, Oregon was the first state where established the Worker’s Day as a holiday.

Greece: On May of 1936, after the rejection of their requests, the strikers decided to occupy a factory. On May 9th, the police dissolved the demonstration of tobacco workers and eleven people lost their lives. The next day, at their funerals more than 150.000 people were concentrated and a popular uprising began. This tragic event inspired the poet, Yiannis Ritsos to write the “Epitaphios”.

Some extracts from the poem:

Son, my flesh and blood, marrow of my bones, heart of my own heart,
sparrow of my tiny courtyard, flower of my loneliness.

Where did my boy fly away? Where’s he gone? Where’s he leaving me?
The birdcage is empty now, not a drop of water in the font.
Whatever made your dear eyes close and you are blind to my tears?
How are you frozen in your tracks and deaf to my bitter words?

On a day in May you left me, on that May day I lost you,
in springtime you loved so well, my son, when you went upstairs,
To the sun-drenched roof and looked out and your eyes never had
their fill of drinking in the light of the whole wide world at large.
With your manly voice so sweet and so warm, you recounted
as many things as all the pebbles strewn along the seashore.
My son, you told me that all these wonderful things will be ours,
but now your light has died out, our brightness and fire are gone.

May, according to the myth, was named after the eldest of the Pleiades, Maia who also was the mother of Hermes. In ancient Athens, they celebrated Anthesteria in honor of Dionysus. The feast took place in February and lasted three days. During the celebrations, they tasted the new production of the wine and they even allowed the foreigners and the slaves to participate.

During the Roman Domination, Romans used to celebrate the arrival of spring and to honor Flora, the Goddess of flowers. Flora was married with the God of wind, Zefyr. The celebration, “the Floralia” lasted 6 days from April 28th till May 3rd and the people used to wear in their heads wreaths of flowers and colorful costumes. Athletics contests, horse races, theatrical performances and battles between gladiators were some of the events that were happening.

In pre- Christian Europe, the Scottish and the Irish used to celebrate the “Beltane” which began on the evening before May 1st and marked the beginning of the summer. The feast was taking place in mountains where big fires grew and everyone threw in there wreaths made from flowers and thorns. When Christianity prevailed, these rituals were abolished or banned.

In our days, the only custom that reminds us the period mentioned above is the construction of the flowery wreath.