PLACES YOU HAVE TO SEE IF YOU ARE IN PIRAEUS, GREECE! 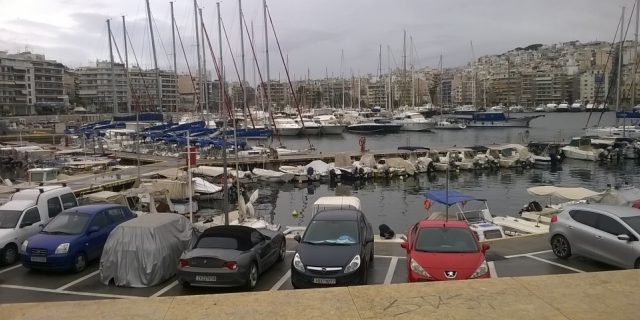 In antiquity and according to historical Strabo, Piraeus was an island. The above is also confirmed by its named, since in the ancient word it means “I transfer someone across”.

In time, it was united with Athens because of the torrents. After its union with the region of Attica, the harbor of Piraeus was created. The legislator Cleisthenes was the first that described Piraeus as an area of Attica.

Over the centuries it has been an important commercial and industrial center of Greece. Nowadays, it is the largest and the most important port and the area is known for the blending of different cultures, the team of Olympiakos and the movie of Melina’s Mercouri, “Never on Sunday”.  If you don’t have to travel right away to the Greek islands, take the opportunity and explore this place.

The top five things we suggest to visit are the followings:

One of the most significant sightings as it is full of department stores, cafeterias, taverns and large pedestrian streets next to the port for walking or fishing.

The Bay of Zea was also important for the ancient Athenians since it was their main military port because of its near distance from Athens.

Kastella is a district of Piraeus near to the Bay of Zea and is also known as Mounichia Hill or Profitis Elias from the local church. This area has an extraordinary view of Piraeus and it is filled with many restaurants, taverns, pubs and nightclubs.

For the lovers of architecture this area is covered with old residences and unique mansions.

For the ancient Athenians, this was the second military port while during the Greek Revolution it was used as the military base of General Karaiskakis.

The famous author Penelope Delta wrote in one of her book about the “the district of the villas” that was made by Ernst Tsiller in Piraeus.

“Seven were the villas of Tsiller all in the row and united. The first one was in the corner and had three statues and the others all were similar with a veranda facing the sea. In the first, the King and Queen stayed, in the second a Russian lady who was the Queen’s Maid of Honor and in the third Antony with his brothers and his uncle and aunt. In the other mansions stayed people who had come from Athens to spend the summer months near the sea, as the King…”

Nowadays, that district connects the Bay of Zea with Kastella. In 1958 the owner, Potamianos demolished them to build blocks of flats. Nevertheless, the Hellenic Naval Academy in the area of Freattyda is one of the most elegant buildings on the coast of Piraeus based on plans of Tsiller as the mansion of Metaxas that in our days is renovated. Also, the Piraeus Municipal Theater in the center of Piraeus and the electric railway are some of the buildings that you’ll meet as you’ll walk in the center of the town.

This armored cruiser is located in the area of Trocantero and it’s the only that preserved in all around the world. It was joined the Hellenic Royal Navy in the period of 1908- 1911. It took part in the Balcanic Wars and the two World Wars.

Jewelers shops, souvenirs shops, clothes, shoes, accessories exist everywhere but mostly in the central commercial pedestrian street S. Dios. There is a variety of events and activities for you to choose. This place is full of life almost every night and for that many combines all the types of music!

From all the above, it is understood that Piraeus is not just a harbor but a destination!