THE HISTORICAL EVENTS OF THE SIEGE OF TRIPOLITSAS 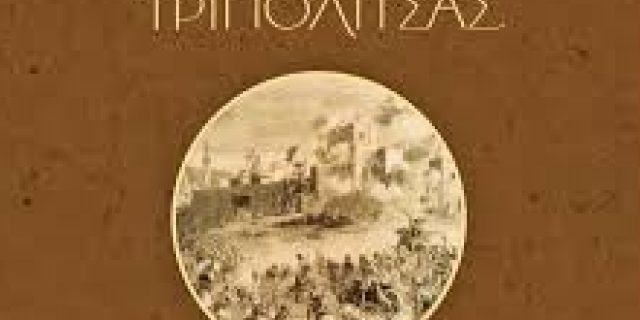 From the first period of the Revolution, Kolokotronis wished the siege of Tripolitsas because it was the administrative, military and commercial center of the Turks in Peloponnese. The Greek Beys didn’t accept his proposal because the army wasn’t organized.

At that time, Hursid Pashas was commander in Peloponnese commander and lived in Tripoli with his harem. But on January 6, he is forced by the Sultan to leave Mehmet Salih responsible of the area for going to Ioannina to suppress the revolt of Ali Pasha.

After the liberation of Kalamata on March 23, they start the attacks in villages around the area of Tripoli, such as Karytaina and Piana but the Turkish forces manage to break them.

The defeats to the above villages don’t discourage Kolokotronis and he achieve the first significant victory in the village of Levidi . Another reason of the significance of this victory is that the Beys entrusted Kolokotronis and instructed him to organize military camps for men training.  After the positive outcomes to the villages, Silimna and Valtetsi, Kolokotronis is appointed as a Commander in Chief (archistratigos) in the area of Arcadia.

At the same time the negative climate has been reversed and the chieftains decide to block Tripoli. The Prince Dimitrios Ypsilantis took over the leadership of the entire fight while the 4 camps would rule Kolokotronis, Anagnostaras, Giatrakos and Petrobey Mavromichalis.

Hursid Pasha, anxious from the uprising of the Greeks, orders Kehagia Bey to go to Tripoli and suppress the Revolution.  He, on the way, destroyed Corinth and Argos while he freed Nafplio. With his arrival on May 2, the moral of the Turks revived but he committed two major mistakes. Firstly, he didn’t send army to check the narrow passage of Dervenakia.  Secondly, the wait gave the Greeks the opportunity to reorganize and to think their next moves wisely and methodically.

The Kehagia’s Bey purpose was to regain the regions that had been annexed to the Greeks.  For that reason on March 12th, he ordered 10.000 soldiers to attack against the Greeks in Valtetsi. The Greek victory doesn’t lie only in the enemy losses, or in the mercenaries that came in its possession but in the psychological effect on the soldiers. The morale was even higher after the victories in the villages, Vervena and Doliana. At this point the revolutionaries had liberated villages around Tripoli and were ready for its encirclement.

Tripoli was built in a plateau surrounded by walls and with 7 entrances each leading in a different direction. The height of the wall 5, 5 meters and the perimeter was 3500 meters. The period of the siege there were 35.000 residents of different nationalities (Christians, Turks, Jewish, Albanians) inside the city.  General Kolokotronis knew that his advantage was the perfect observation of the city from the surrounding mountains because of that he could take on time the appropriate measures.

On the 20 June, Dimitrios Ypsilantis arrives from Hydra and assumes the command of the Siege. In spite of his credible efforts to improve military instructions, strengthen the guarding of the gates and to negotiate a compromise solution shortly before the end of the siege, he didn’t succeed and for that he departed for Corinth and Achaia under the pretext of preventing the disembarkation of Turks there.

During the summer months between the besieged and the besiegers many encounters occurred as the first went out of the walls to the countryside with the purpose of collecting food. Moreover, general Kolokotronis to prevent an escape ordered the construction of a regional moat in the area of the village Louka. Kehagia Bey attempted to act quickly in the Kolokotroni’s movement and for this reason he sent the cavalry to prevent the continuation of the construction and to break the heap of the Greeks who had gathered there.  This effort also failed.

This led the besieged to start the conversations about the moves they had to make. Three functions were created:

On the other hand, on September 11 the besiegers signed a special agreement on how the loafers will be distributed. The agreement had the following stands:

On September 12, the negotiations started and a tent was set up out of the gate of St. Athanasios. On the meeting that happened the next day the Greeks requested from the Turks to make their requests in writing. They asked them not to hand over their weapons, to take with them 1800 animals for the transportation of their belongings and their families, to take 18 hostages with them for protection and hire the Greeks ships for their safely transportation. The requests were not accepted and this process continued until September 22 when the Greeks took the decision to make a storm.

On the morning of Friday, September 23th, the soldier Manolis Dounias along with others, taking advantage of his acquaintance with the guard in one of the guarded walls, climbed to them and they devastated the Turkish soldiers. Immediately, he raised the Greek flag and the others opened the gate for the rest to come in.

At a turning point for the Revolution the siege that lasted almost 5 months was coming to an end.  From a military point of view, this was the first great success of the Greek since almost all the Peloponnese had come into their position. From a moral point of view, the Greek soldiers realized their abilities and believed in the continuation of the struggle for the liberation of other regions.